The official NAV 2015 release is available and that means that a new version of the Dynamics NAV Image Library can be released. This time I have redesigned the Image Library so that it contains all images from NAV 2009 and up. Combined in one application file (thanks to Mark Brummel who challenged me to not split the application in multiple dll’s), so it is easy to use.

The Dynamics NAV Image Library is available for download at mibuso. 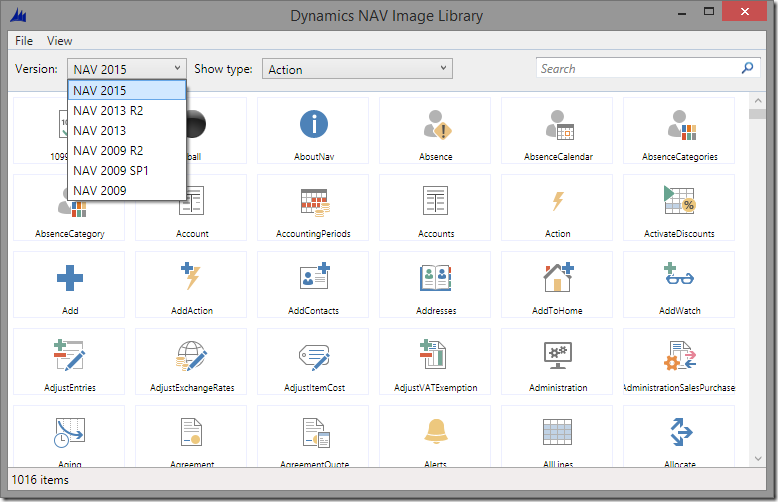 There are not many changes compared to NAV 2013 R2. Action images are not redesigned and there is just one new image added. I did not compare all images one by one, just noticed that the the total number of action images is now 1016 instead of 1015. Also the number of Navigation Group images increased by just one image.

The Tile images, which were introduced in NAV 2013 R2 (see this post) have been reduced with two images.

The Cue Icons are new in NAV 2015. These images can be used in the Cue Tiles on the Role Center. The default Cue Icon is the Stack image which is redesigned in NAV 2015. 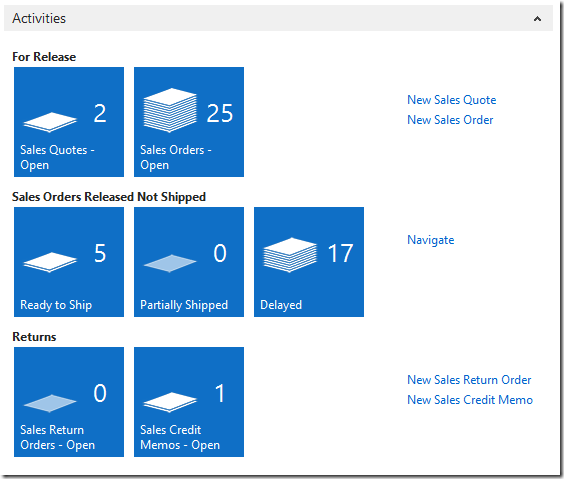 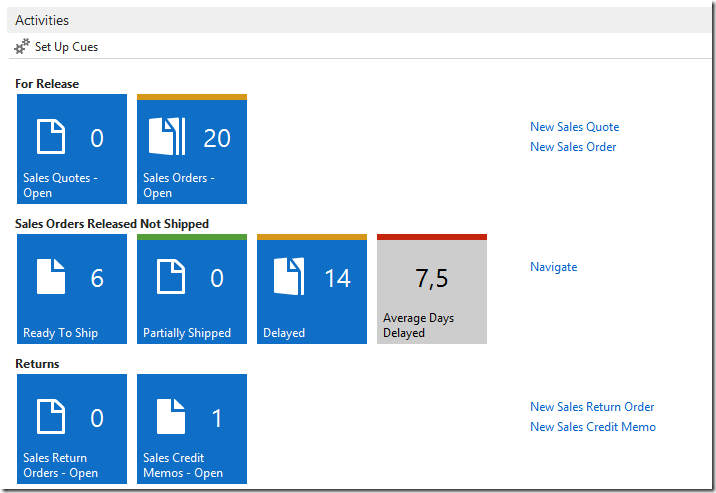 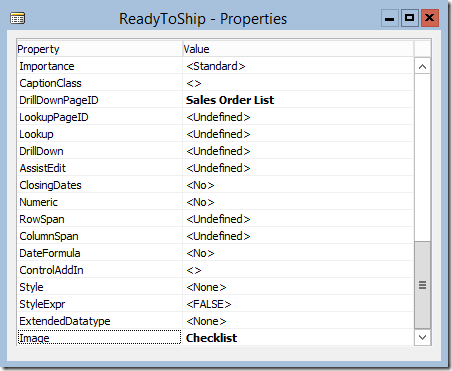 Here the Image of the Ready To Ship tile has been changed to CheckList instead of the default Stack image.

What about the grey tile? No color and no image is displayed.

A blue tile is used for a clickable tile. By default a FlowField is clickable, if correctly set up. If the DrillDown property on the control is set to No the tile will turn grey and becomes non-clickable.

In NAV 2015 it is also possible to have a tile for a normal field instead of a FlowField. It doesn’t matter if the field is a table field or global variable on the Page. Because normal fields doesn’t support drilldown by default, the tile will be grey. The Average Days Delayed is an example of a normal field in the Sales Cue table. To get a blue tile for this field you need to write code in the OnDrillDown trigger of the control on the Page.

Then you may have noticed that the Average Days Delayed tile doesn’t show a Cue image. That is because of the fact that the field is a decimal field. Here you can see the difference of an integer and decimal field on the cue tile. The icon on the integer field can be changed, but the icon on the decimal field will never be displayed.

Here is an example with a different icon on the integer field, while also made clickable by putting some code in the OnDrillDown trigger.