The NAV 2013 R2 was shipped a few weeks ago, and the look and feel has drastically changed, compared to the RTM version. It has a flattened interface, which adheres to the new UI standards of Microsoft. Questions were raised if we could go back to the previous look and feel, but Microsoft has told us that they will stick to this new design. It is in line with the new SharePoint experience and that is one of the requirements.

The R2 version has about 1000 icons, and I could not found any new icons compared to the RTM version. But they all have undergone a redesign. That’s a huge load of work! Imagine you have to redraw a number of 1000 icons in two formats!

But still there is no possibility in the Development Environment to lookup and search for icons. It is still the same classic lookup form. 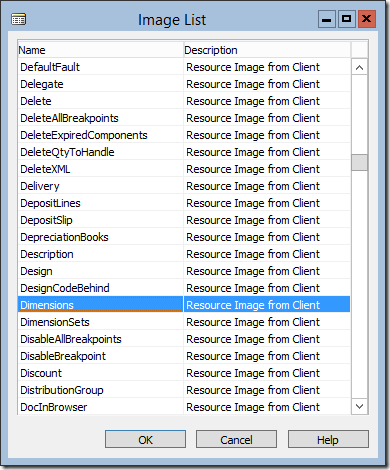 As with the NAV 2013 Image Library, I have made an application with all the NAV 2013 R2 icons. It is available for download at mibuso.

The application is built with Microsoft .Net WPF and requires .Net Framework 4.5. This version comes as a prerequisite with NAV 2013. If you haven’t it installed yet, you can get it from the NAV 2013 installation DVD in the folder “Prerequisite Components” or download it here. 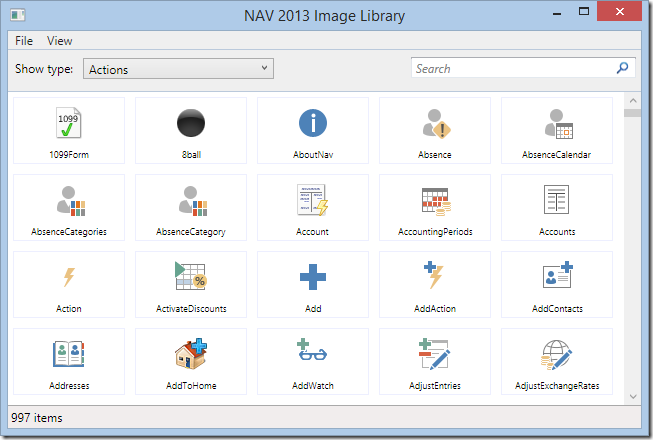