If you haven’t already read part 1 you should do so here, before continuing to read this post.

You have seen how to use an XMLPort in a Web Service without any line of code. That was amazing, wasn’t it? Now, how was this possible?

Because the return value of an XMLPort parameter is a XML formatted string, the Service Tier uses the schema of the XMLPort to define a complex type in the WSDL. In other words: the output of the XMLPort becomes a type according to the WSDL and can be used as a strong type in Visual Studio.

Let’s have a look at the XMLPort: 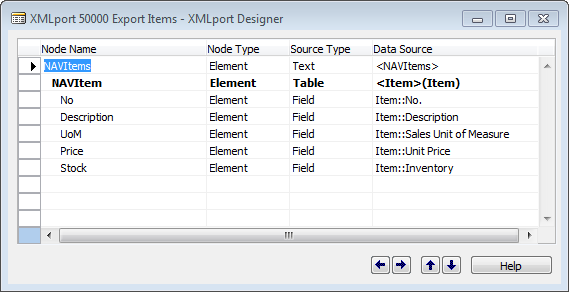 Compare this with Visual Studio. 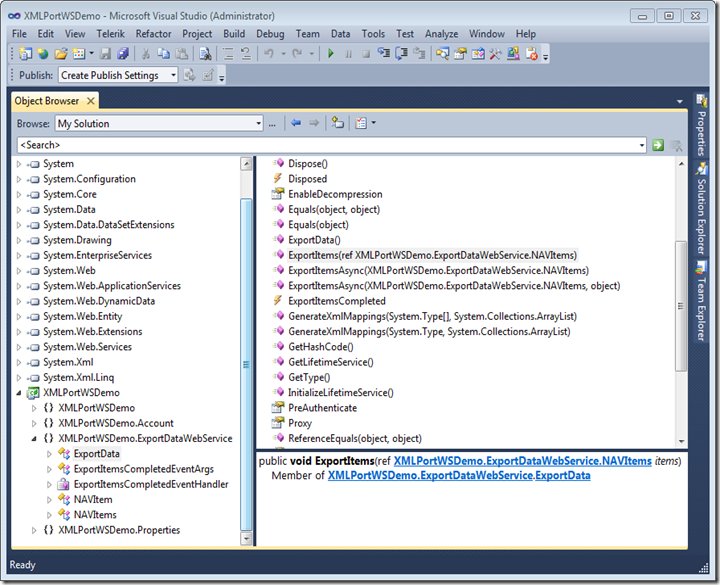 The type name of the parameter is NAVItems, which is the name of root element in the XMLPort.

Let’s have a closer look at NAVItems: 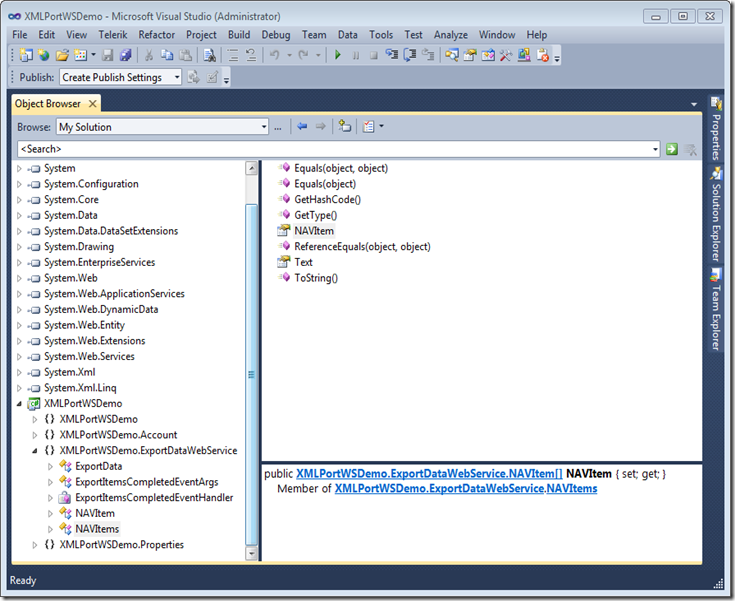 Now we are getting closer. Let’s have a look at the type NAVItem: 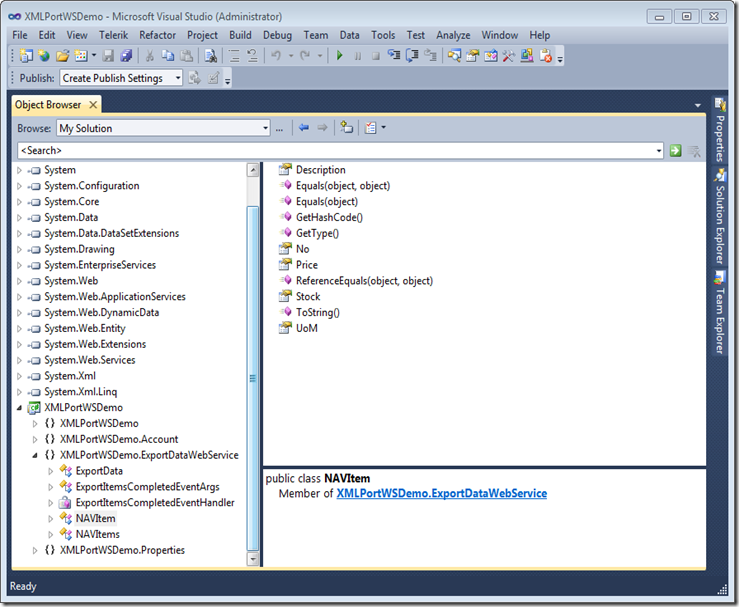 And now we see the fields that are defined in the XMLPort: No, Description, etc.

Let’s wrap this up:

These two properties specify how many times a certain element can occur. It is very important to set these properties correctly.

The root element must exactly occur one time. This is a basic rule for valid XML. To achieve this, make sure that the MinOccurs and MaxOccurs properties of the root element in the XMLPort are set to Once: 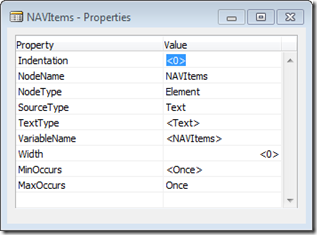 An element of source type Table results in one element per record in the output. Because you don’t know how many records the table contains, the MinOccurs property must be set to Zero and the MaxOccurs property to Unbounded: 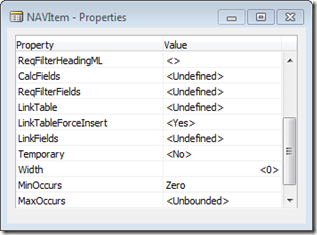 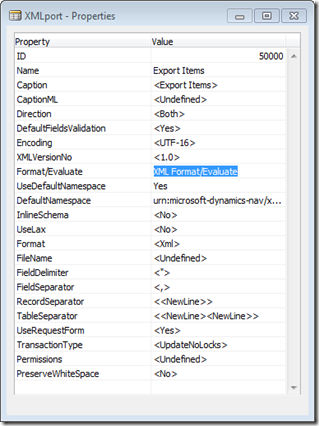 One remark about the Direction property. The default value is Both. When the value is set to Import it is not possible to use the XMLPort as a VAR parameter. That will result in an error ‘The XMLPort ‘Export Items’ is designed for import only.’.

Does this mean that you can also use an XMLPort in a Web Service for importing data? Yes, that is possible! It works both ways.

Until now we did not write any code in NAV. In the next post we will see how to filter the data before exporting it and how to implement paging.